My family was planning on being in Costa Rica right now for Spring Break. I canceled the trip four weeks ago – over the not very quiet objections of my wife and our kids (at least the younger ones who still live at home) – because I was concerned about being out during what, at the time, looked like a situation that could cause some disruption in the businesses I work on. That’s turned out to be the understatement of the century.

I’m supposed to be sitting on a beach, but instead, right now, I’m meditating.

Well, I’m actually writing right now, but I’m spending a lot more time meditating. I started meditation five years ago because of a chronic pain issue. I had run out of options, so I was really forced to do what my GP had long recommended because I had to find something.

Not only was it helpful for the pain, but it has turned out to be the best thing I’ve ever done for my career.

Being mindful results in better decision making, and that’s something we all need, particularly in times of crisis.

We were supposed to leave for Costa Rica on the Thursday that the State Department issued a new warning that essentially said, “If you leave the country, plan on staying there.” I love Costa Rica, but not enough to want to be in a “fast-developing” country in the middle of a pandemic.

So, I saw this coming. And was still woefully unprepared for it.

Three weeks after that decision, I had a board meeting (ironically on Friday the 13th) for an absolutely amazing startup: Electric Playhouse. It’s an immersive entertainment technology where it’s like being inside the video game, and your body is the controller (like a cool version of Dave & Buster’s). We were discussing the effect on foot traffic, how to update our marketing in this environment, etc. On Monday the 16th, we decided to temporarily close the doors along with the very painful resulting layoffs. That’s how quickly this turned.

We have to do what it takes to survive so that we can succeed on the other side of this crisis. Statewide closures in New Mexico were announced just a few days later.

In the middle of all this, I had stopped meditating. Several days ago, I noticed I was in more pain and I was struggling with the decisions I needed to make. The solution? Get back to meditating.

Whenever you think you don’t have the time to meditate, it’s absolutely crucial that you meditate. Now, I’m back to being in a better place. (Pro tip: if you’re skeptical about meditation, check out 10% Happier.)

What happened with the startup, Electric Playhouse? They’re not even open for business, but they aren’t pulling back from their marketing. To do so would mean losing all the momentum we’ve built up in the business. When we’re able to re-open, we’ll do so. We’ll hire everyone back that we can, and there will be tremendous pent up demand to get out and do something – particularly something really fun where you don’t have to touch anything.

If you live in Albuquerque, or want a great excuse to make a trip to an amazing part of the country when this is all over, go to www.electricplayhouse.com and sign up for the email list. You can get some great discounts for the grand re-opening and learn more about immersive entertainment and how this company is creating a whole new way to play. Before long, there will be an Electric Playhouse near you.

I’m not ignoring the reality of what is right in front of us. But I have created more space for myself to find the opportunity in crisis and to work on the future. 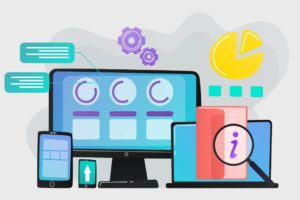